We have not had much good luck in terms of surfing in the Northern San Mateo county of Califonia this past few weeks. We just had a raw sewage spill this past weekend, and this morning I made a point of hooking up with a buddy of mine at 7:15 in the morning in Pacifica, and here is what happened.

When I got there there were 3 TV vans with satellite uplinks. I though that there was some time of accident so I tried to surf. Soon I found out that all parking lots were roped off.

So I had to get to the shopping center lot, where the TV vans were, and I spoke to one of the staff and she told me that they were covering an Oil Spill issue. Oh, gosh, another oil crap again? I thought, but then I thought that this is probably some old stuff resurfacing as we had quite a stormy surf for the past several days.

We then decided to head back south to find a wave. First we checked out Montara which I though was OK, but as we tried to get to the beach, the wave started to crank up and become quite a bit of a huge mess. I thought that it would be doable, but then it will require a much patience and a lot of biceps "burn." So we continued on south at the Jetty which was dismal.

Another beach a bit further south. (Please scroll down to the next set of photos.) 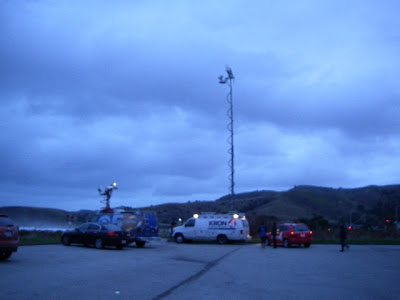 When we arrived at the next break, we took a look and thought that it was crappy, but then after investing this amount of time and we are getting in a danger of abusing our flex-time privildeges, we decided to get in "anyway" and paddled out. (Please continue after the next photo.) 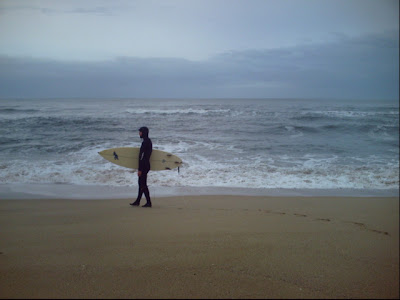 In my StokeCAST I often talk about the "Washing Machine" condition, and here is a good example of what I often mean by this. You can see the suds, and ripples typical of what would be inside of my Miele... OK... Kenmore. 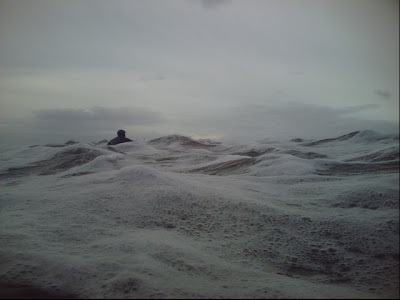 It took a while to get out of these inside mess. 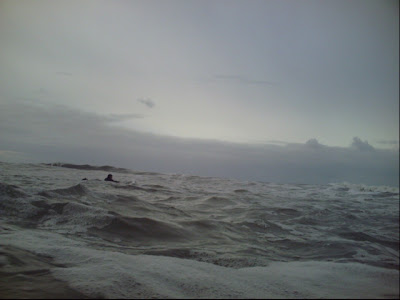 And when we catch waves, it also closed quickly and our total ride was probably about the same as a round-trip packet time from here to New York. 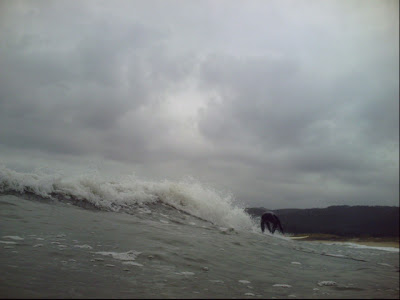 Email ThisBlogThis!Share to TwitterShare to FacebookShare to Pinterest
Labels: D