Session 7041: Still Not Optimum But Almost 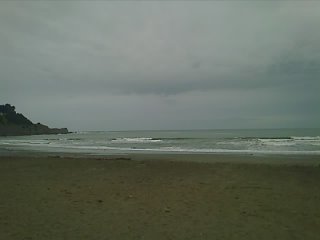 I could not wait as the time was very limited on weekday mornings. Due to the new moon this week we have been having negative tides in the morning and also in the afternoon just when I could also try to surf on the way home.

With almost a week of continuous blowout days, this is the first day I could go out.

Definitely the ocean surface has smoothed out, and with the increased swells from NW, there were some spots in the south that were way too big.

And the current. It was very strong this morning as the ocean is getting started to be fillled in, and it was the kind that would take you up further north where the colose outs were much bigger.

Almost all the waves were either backing off before breaking, or just immediately closing out. I succesfully got up on the board but there simply is nothing I could do as the waves just dip fast down and then the water crumbled under me in to whilte soup.

But, still, it was good to get out, and paddled around hard up and down. Burned enough calories, I am hungry now, and I can order anything I want for lunch. Which is also a blissful thing being a surfer.

It is always said around in Half Moon Bay area that if you know how to surf crappy waves, you can surf anything. I sure hope and am working on it.

Be sure to join us on Google Wave if you have an account to join us further in encouraging each other to get out as often as we can!