The Half Moon Bay area has been plagued with poor conditions plus an outbreak of bad flu for the past few weeks that prevented me from thinking about getting the water. So I have been out of the water since last weekend. But finally I got a time this morning to get into my home break here in Half Moon Bay, and while the breaks were on a very mushy side, I got two really nice long rights that were really fun.

One thing that is making quite a bit of difference lately is really some refinements in taking off. I must stress this to anyone who is learning how to surf. When I was starting out, I could not even believe how someone would even just get up on the board, let alone controlling the initial part of the take off, but that's exactly the type of trick that I am starting to get. Now I have a better control at the start of the take off that I even can control the take-off line to get the best performance out of that phase of surfing. Turns out that doing this right can make a difference between riding a long ride or just the wave catches up and then don't go anywhere.

Now a couple of pictures from this morning's session. The second picture shows the traffic on highway, and this is what I usually observe until it dies down then I get out of the water and head to work. Also you see that the entire surface of the water is white in the second picture, this is because it is just after a big set came. 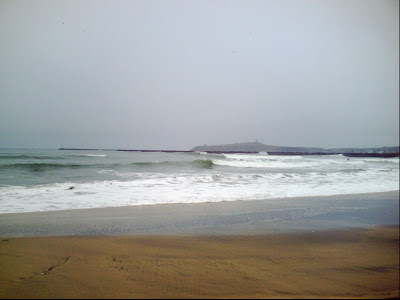 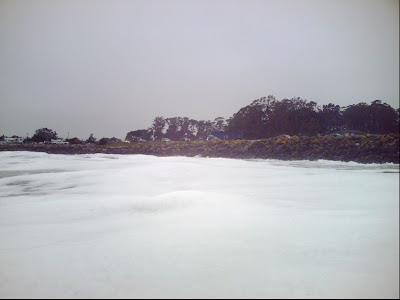 Email ThisBlogThis!Share to TwitterShare to FacebookShare to Pinterest
Labels: JT