This morning, I went in the water, paddled out and tried to catch a shoulder level wave. I paddled into the wave and the wave closed out on me, and I got off the board. Next thing the normal tugging feeling of the board was gone. I had this bad feeling another time, and sure enough the board and myself got separated. I must say though this time, I was further out and I had to swim for a bit to get to the board. 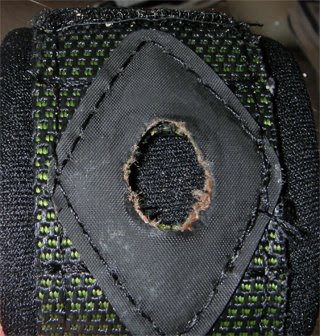 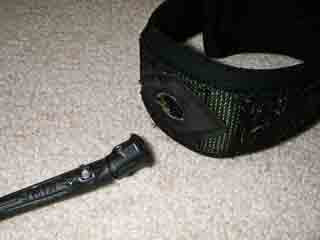 Photo 3 below shows how cleanly it broke off from the base of the cuff. The plastic ripped right out.
Photo 3 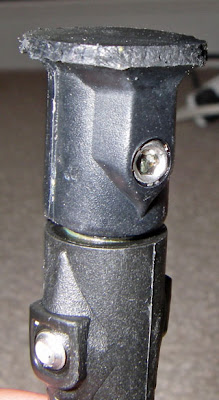 The root cause of this is the plastic stress and fatigue. I actually should have replaced this leash at least 6 months ago because I have been using it for more than a year, which meant that it has gone through at least 100 sessions or more.

Everyone, be careful, and do replace your leash at least once a year!

Day 57 THU: After yesterday's mishap, I got a got an FCS leash which is not the same brand that broke. This morning was strangely warm, and offshore winds and no crowd but a lot of backwash that made it very difficult to ride even I caught waves (M)

Day 58 FRI: Owning the whole beach by myself and had some really fun long waves with the building W swells. I've added baby side-fins on my 7'2 Egg. (D)

Day 59 SAT: The same spot gotten closed out with more direct hit of the W swells. Should have gone to "R." (D)

Email ThisBlogThis!Share to TwitterShare to FacebookShare to Pinterest
Labels: Accident